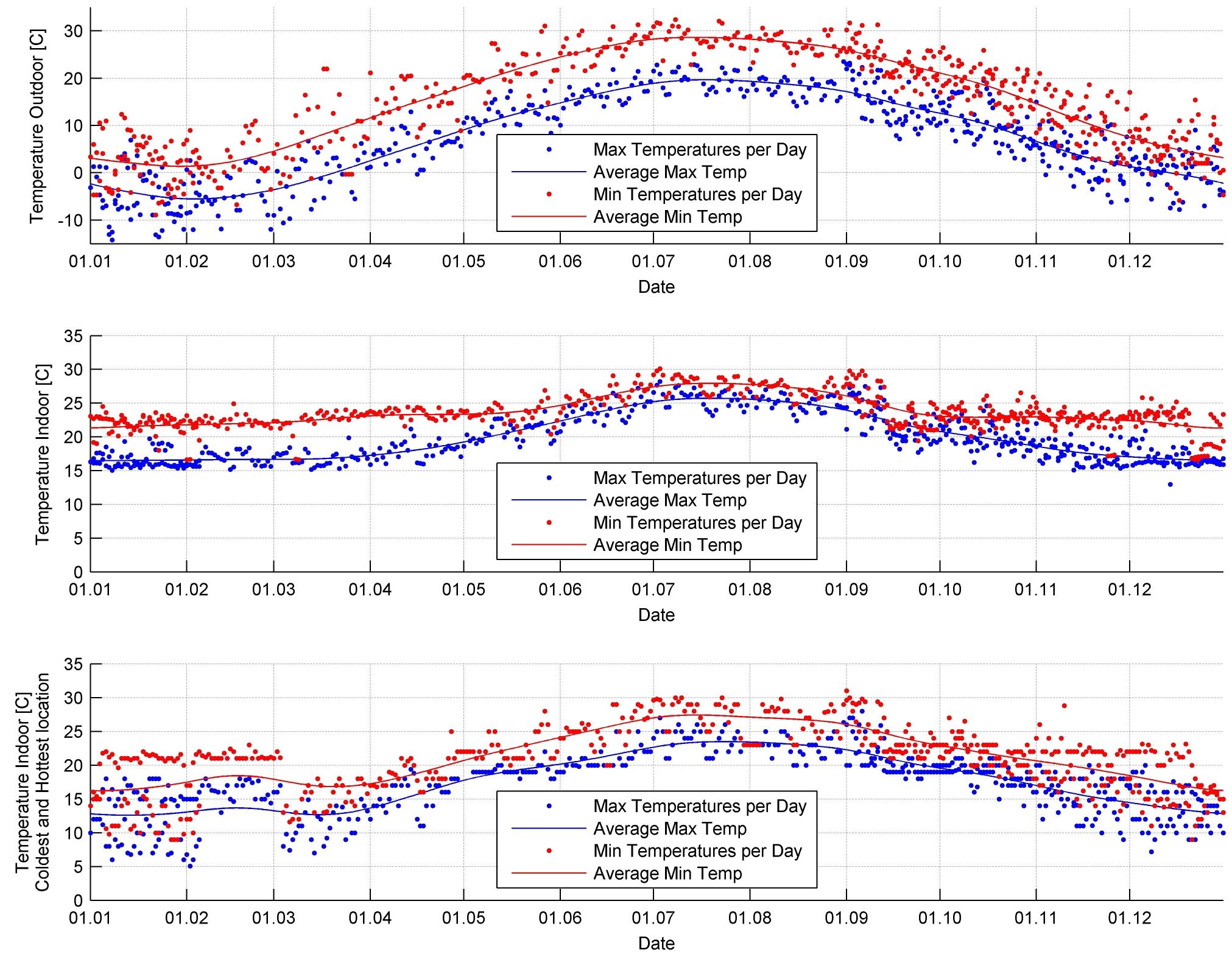 For some time now I am logging the outside and also my indoor temperatures at my home in New Haven, Connecticut, USA. To record the data I built a weather station (eventually I should write about that too…..) that records the outdoor and two indoor temperatures as well as barometric pressure and humidity. Here I am going to present the temperature Climograph recorded for more than a year (September 2013 to Februar 2015).

In the picture you see the temperature for my three sensors. The top one is the outside sensor and the middle one is pretty central in my home. The last one was placed in the hottest place in summer and coldest place in summer. Therefore,this sensor should record the extreme temperatures inside. But see for yourself:

Regarding the Outdoor temperatures it is quite nice to see that there is quite a strong winter with many days below 0 C and also a couple of days can hit more than 30C.

For me almost the craziest thing is that during winter we had sometimes less than 10C in parts of our apartment. Actually the lowest temperatures were around 7C, quite chilly for indoors.