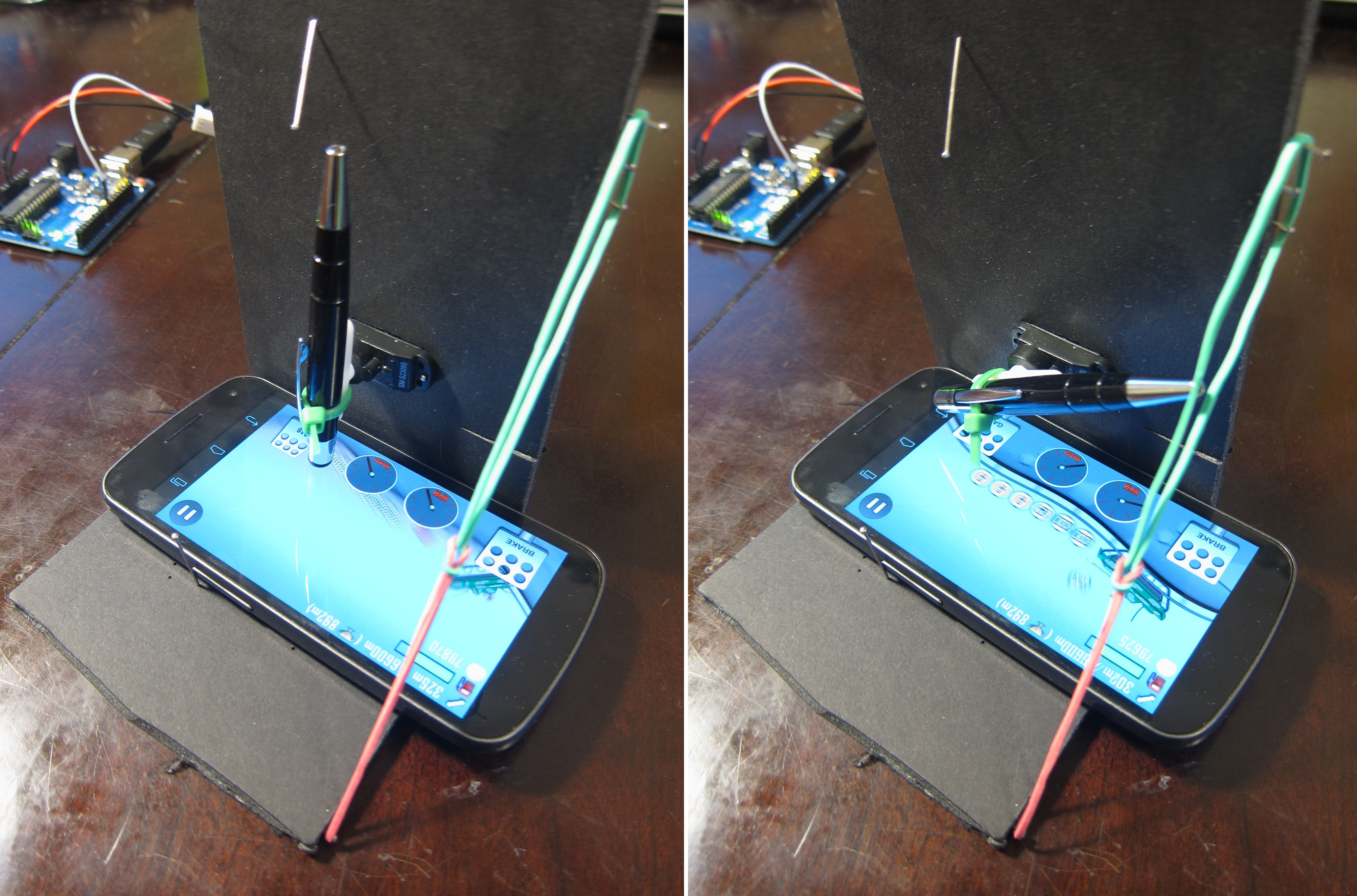 I recently created a small gimmick device that allows me to

By using some external hardware and plays the game for you. By letting it run for some time, you can basically amass unlimited coins without the need for a hack or a cheat of the game. I was able to make quite some extra coins, allowing me to upgrade faster (and without paying real money). I am sure the principle could be used for a lot of other games too. For example in Clash of Clans you could use it to pretend you are active and keep your shield up so that you cannot get attacked. 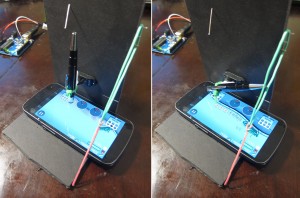 I simply used an Ardiuno to control a servo, onto which I strapped a stylus pen. At first I tried other materials that would react with the screen, but the only thing that worked was the stylus. As base frame I used a foam board. First, I cut into the foam board, to create a hinge: 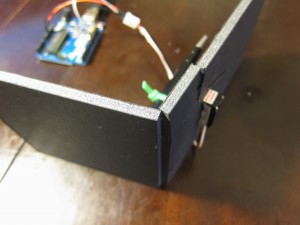 The board has a layer of stronger paper on top and on the bottom with the foam in between. It is important to only cut one layer of paper and the foam. That way the remaining paper acts a a hinge. This worked surprisingly well and also holds quite some force.

The next step is to cut a slot for the servo. Position the hole in such a position that the frame is perpendicular when the stylus hits the phone. Therefore the stylus comes in at a good angle to create a hard push on the phone, without needing a lot of torque itself. The slot looked like that for me. Pretty basic, but works well. 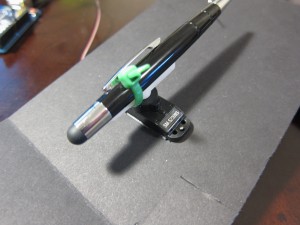 On the side I had a rubber band that pulled the stylus onto the phone. By adjusting the rubber bands and the position where I fixed them on the frame, I could adjust the force. It actually needed a higher force than I thought in the beginning.

On the arduino side of things, the connection is pretty straightforward: Red to +5, Black to GND and white to pin 9. And the code looks like this:

Finally, a video of the thing in action: